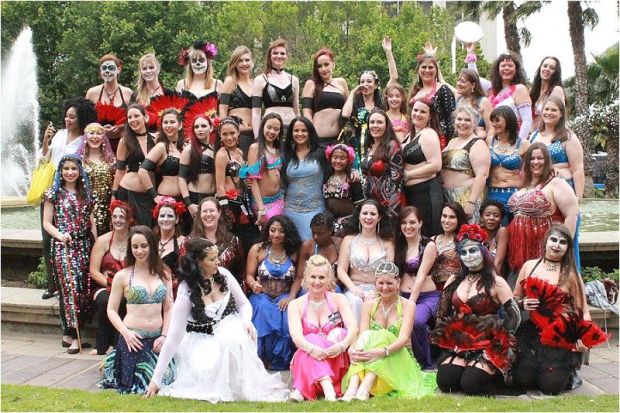 I am very delayed with this review, but as the new dates for the TODF have recently been announced, I feel like it’s spurred me into action to finally write this post.

Around 2008, I attended my first dance festival – it was the International Oriental Dance Festival (IODF) which was held at the V&A Waterfront every year in October – usually the last weekend. Initially, the festival was 4 or 5 days long, with workshops and performances all day with a gala evening on the Thursday. I never managed to attend workshops or the gala evening in those early years as I was around 16 years old and it was impossible to get around on my own. Gradually, the workshops fell away around 2011 and it became a performance festival.

The IODF went on for many years and I believe the last festival was in 2015. (We went to watch, but performed last in 2014)

Last year, Beverli from Al-Masrah Academy announced that she would be reviving her festival, the Theatrical Oriental Dance Festival (TODF), which would also take place in October. This served as HUGE excitement for us, because honestly, performance opportunities are few and far between so any chance to get ourselves and our students up on stage is totally relished. This also served (in a way) to replace the IODF which had ceased the previous year.

Beverli had organised workshops to continue the entire weekend as well as a gala evening, a hafla and a photo shoot to be done in the CBD (with buses to transport us from Seapoint to the CBD) on the Saturday afternoon.

I signed up for 2 workshops –an ATS™ workshop with Nix from SOMA Dance Company on the Saturday and a floor work workshop from Elisabeth Wilhelm, who was then teaching in Zambia (now in Atlanta, I believe), on the Sunday.

We performed on the Saturday and I got a chance to watch performances on the Sunday afternoon.

There were an incredible amount of workshops going on over the TODF weekend, in fact Beverli had organised 5 different locations to make it possible for so many workshops to be held. In total, there were 31 workshops over the two festival days! Totally spoiled for choice, I chose one workshop on each day so that I would also have some time for getting dressed and performing on the Saturday. The workshops were very reasonably priced, which meant that taking more than one workshop became possible.

The ATS™ workshop with Nix was titled “Turns, Spins & Formations” and started early in the morning from 9:00 – 12:00. It was a really fantastic workshop and there were some wonderful dancers in the class which made it quite easy to follow along and learn in a comfortable environment. We had a slight hiccup with our workshop venue, as we arrived and found it locked. It was not opened for us by the start of the workshop and we travelled around to find appropriate spots. We eventually managed to find an empty room to finish the workshop.

Nix was fantastic the entire time, and really took the hiccups in her stride. I think it is quite commendable – I am not sure I would’ve been so calm if it were my workshop.

The content of the workshop included formations, spins and turns – as advertised! 😉 I would definitely have classified this more as a fusion workshop than purely ATS™. Although we did discuss and use ATS™ principles in the workshop, it included combos and other fusion techniques and formations more than ATS™. I found this workshop especially interesting as a teacher, because it opened up another level of thinking when creating choreographies and using formations in a way that keeps the combinations fresh and interesting. Even though the physical steps may not be super complicated, the change in formation makes it look that way. Hah! Interesting little tricks…

This workshop was listed as ALL LEVELS and I can definitely say it was accommodating for all level dancers. The more novice students in the class could keep up, while the more experienced could also benefit. I felt like it was a great balance. 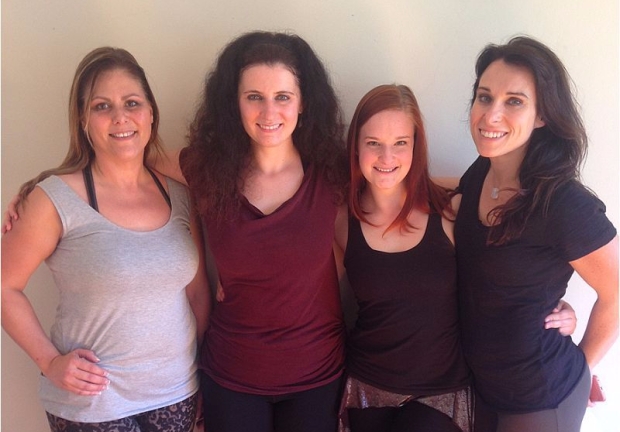 The floor work workshop was held on the Sunday, and was a 2 hour workshop. I chose this workshop because I have always loved the idea of floor work, but only recently feel like I have the physical strength to keep any of it up! This workshop covered the basics of floor work, how to get up and down safely and in a classy manner, as well as 2 short floor work combos, done to very different music to be adapted for any choreography or improv piece. I especially appreciated all the tips and tricks Elisabeth gave to us throughout the workshop, as I feel these are the polished pieces you can’t always get from a DVD or instructional video.

This workshop was listed as BEGINNER/INTERMEDIATE and I definitely agree that that was the level in the class. There were only 3 of us taking the workshop (the space was very small and I’m not sure it could’ve accommodated more students) and we ranged in 1 – 10 years of dance experience.

The open stage performances ran very smoothly and on time. We had enough time to change costumes between pieces and do a thorough warm up before heading back on stage. The change rooms were clean and not far from the stage and it was an easy transition from one to the other. We really enjoyed performing both our choreographies.
I feel that the level of performances varied greatly on the stage on both the Saturday and the Sunday. It was a good mix of novice and experienced dancers, but I think it would’ve been a good idea to have more of a distinction between the levels of dancers. (I believe this is changing for the TODF this year)

The attendance of the crowd at the TODF was not amazing. The hall stayed about half full, and I’d say about half of those watching the performances were other dancers. I think the location – at a high school – was a bit out of the way and seemed closed off to the public, and the chance of random people walking by and enjoying the show was very low.

I know that the venue is changing for 2017, and I’m interested to see how this works.

I think the photo shoot session in the CBD was a bit unorganised and it seemed as though nobody was really sure if there was something specific we had to do or not.

The only other negative from the festival is that we weren’t allowed to take videos or photos, as we could pay somebody to record us and we would be sent the footage. We received the photos, but never the video. Initially, the problem was that the booked videographer had dropped the organiser the day before the festival. She scrambled to get somebody else, and we haven’t really heard much since then. In February, I heard that the footage was being collected, and beginning July we were told the footage is on the way.

I understand that it’s been a bit busy for Beverli since the festival last year (she opened a restaurant in Claremont) but it does leave a bit of a bitter taste in our mouths since it was paid for and never received. I am trying to be patient with it, because creating a festival as well as managing so many people as well as your own life can be very hectic, and having somebody drop you last minute is very scary and difficult to manage.

I think there is great promise with the TODF, but there are definitely kinks that need to be worked out. Overall, a fantastic idea and I really look forward to more of these. I find that these days, I am more prone to wanting workshops than performance opportunities, so this is a good blend for dancers like myself and those wanting to perform.

With the overall drop of dance festivals all over the world, I am interested to see how this plays out in the longer term. I would love for this to be a continuing festival that attracts bigger names from all over the country.

I thoroughly enjoyed the workshop template and the chance to perform! I am looking forward to what Beverli has to offer us in 2017!